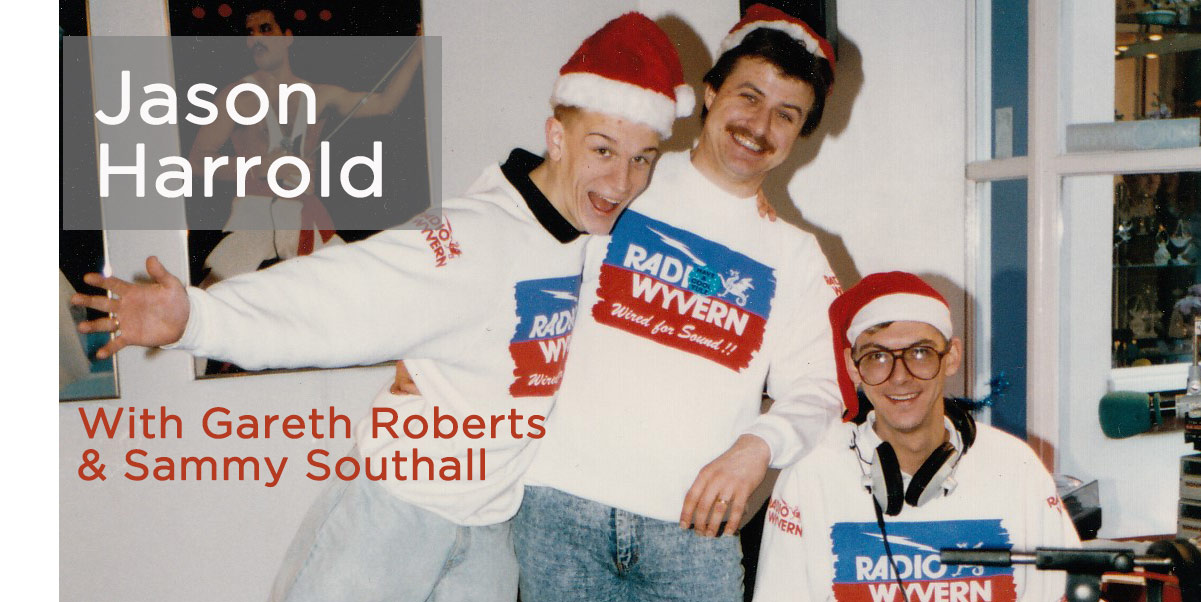 The Snowball was everything that was good about local radio of the time. Throwing its weight behind people that needed help. The goodwill and camaraderie running through the building over those weekends of on-air fundraising left everyone I think with a good feeling. We had some great auction items and also it was the time when the boss let his hair down. He would end up usually on the Sunday singing some Geordie folk song. But we all did our bit. As the breakfast show host, I had to do something to get noticed and get some much-needed cash for the charity. My task; Streaking.  Not my idea obviously.

I was to streak through the centre of Worcester. Not quite a streak. I was allowed to keep my boxer shorts on.

The build-up was fun. We had some pledges, I arranged with one of the shops to get changed there. I did my show on Saturday morning then made my way into town. The only problem with doing a stunt like this is a) it’s winter  b) it’s going to be blooming cold and ) it’s winter and it’s going to be cold Global warming hadn’t been invented then and If I remember correctly that day it was -4 and I went semi-naked through a high street with a bucket collecting cash I’m not sure if I made money for the charity or out of sympathy , I do know at one point somebody said  ” I admire what you’re doing madam ”

As I stood there after the stunt in my pink Disney undercrackers  I realised on that cold November morning just why it was it was called the Snowball! ( I remember it well !! SS )

And there is more….

Another great part of the Snowball was the shop unit at Reindeer Court in the centre of Worcester. One Christmas in the early 90’s it was overseen by Bobby McVay. He was a singer who moved into radio and made lots of friends for the station with his wit and enthusiasm. Every weekday Bobby and I used to do a live one-hour show from the shop unit on the run-up to Christmas. One of Bobs best friends was Paul Ridgeley brother of one-half of Wham Andrew. Bob had a word and before we knew it he was our guest one day.

We also had one of the guys from Lindisfarne drop in as well as our listeners. Fun days and making a difference to peoples lives at the same time. It was also the start of a friendship with Bob which stands to this day