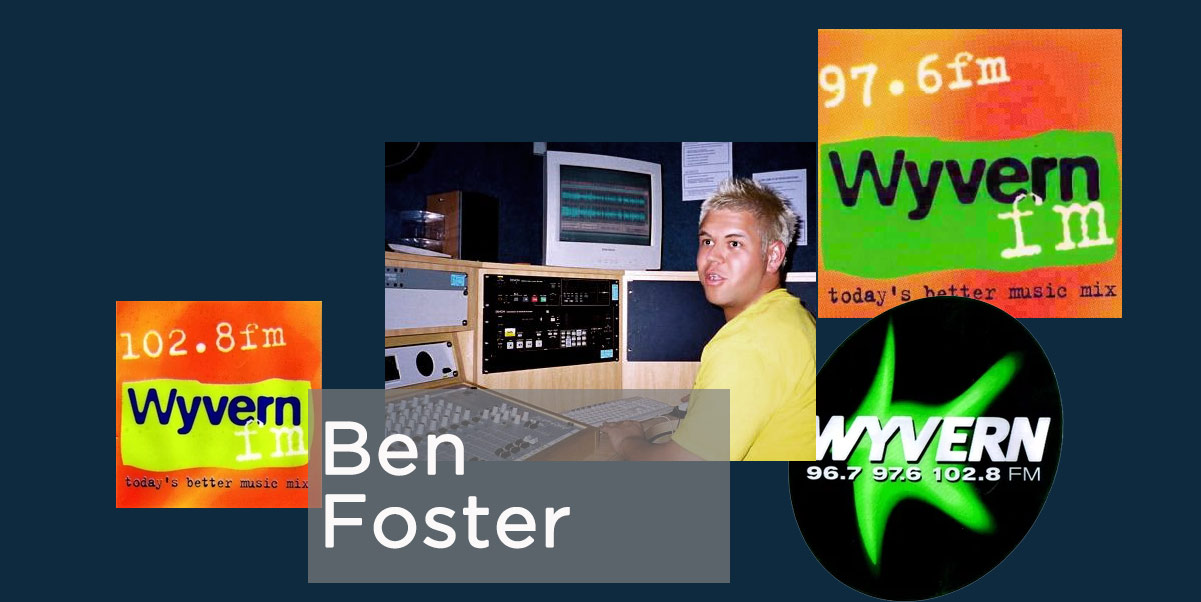 I was on the station in 2004-06. I came from Sunshine 855 in Ludlow, Shropshire and had worked for BRMB, too. At the time, my on-air name was Ben Foster although I am known as Zac Damon.

I came on to initially cover weekend breakfast and then covered other shows in the schedule. I eventually became the presenter of the weekend breakfast show. This was during its GWR plc. ownership. The PD at that time was Simon Monk. We didn’t see eye-to-eye most of the time but that didn’t matter to me, I loved the station, its area and listeners. And, it launched me on to bigger stations like Wave, Ocean, Heart and the One Network back then (Bristol).

My family roots are from Worcestershire so Wyvern was right in my home territory and it was my true local station. I was from Hagley. I got the gig by writing and sending my demo tape (yes, tape!) and going for a chat with the Programme Director.

One of my fondest memories was co-presenting a live outside broadcast at the Malvern Show one autumn. I was on stage and had a blast. It was my first live OB. I also remember giving away a frozen turkey to a family on Christmas Day who won a competition I ran that morning!

The old building in Worcester was an incredible place full of history and I’m sure it was haunted. Opening up at 5 am every Sunday during the winter was something I did quick and fast turning on all the lights to avoid freaking out in the dark! It had multiple floors and I remember being up in the attic once where I discovered my old demo cassette in a box! An amazing place.

I went on to work in the South of England and then presented shows on an American radio station in Maine. I now run my own design business in Hampshire and design political campaigns.

You can find Ben or Zac at www.zacdamon.com