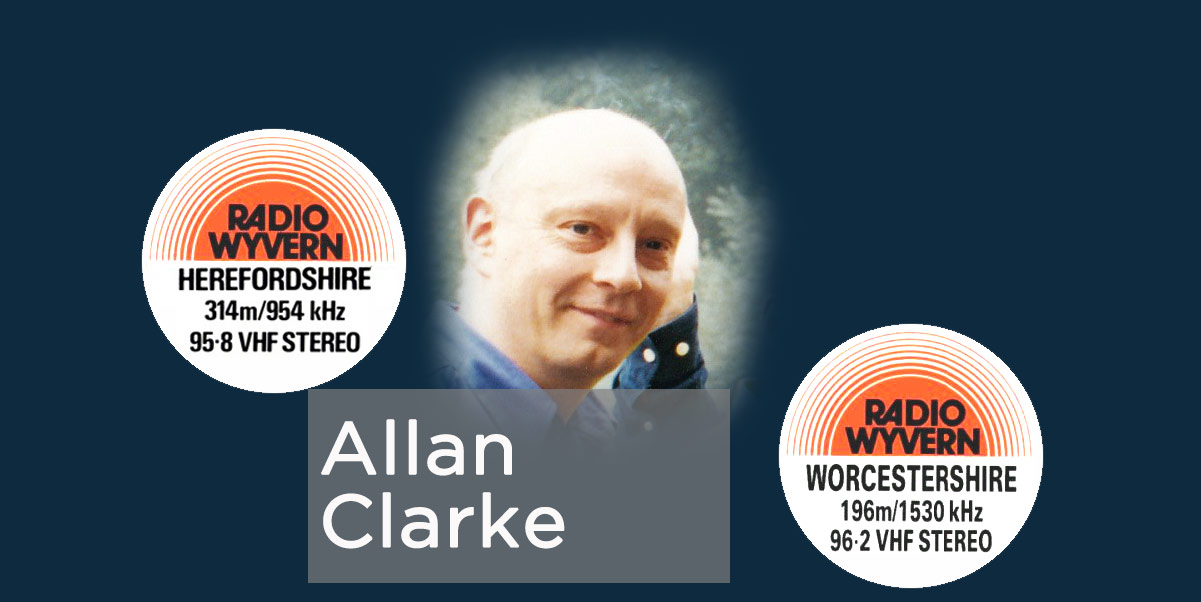 My interest in Radio started when, as a young teenager, I won a school competition, the prize, a visit to BBC Radio Birmingham (now WM) to watch the Ross & Henry Show one Saturday morning. Ross, perhaps better known as Les Ross & his sidekick John Henry (who went on to set up & run Buzz.fm in Birmingham, now Capital) had a small studio audience each week. What this really meant was that around 10 or so guests would cram into the studio and keep quiet until called upon to laugh at a Les Ross joke. Something must have impressed me as I was smitten with the radio bug.
Back at school, my wish to be a pilot was pushed aside, I now wanted to be a “DJ”. Sadly, schools weren’t ready for Careers Advise on “How to be a DJ” and despite reading the Emperor Rosko book of the same name, left school and started real work. What the careers advisors weren’t aware of was the fact that I didn’t like taking no for an answer and at 16 set off with a twin deck disco unit and started my own mobile disco. That twin deck came in handy when shortly after I decided Radio was where I should be, contacted the local hospital and a few weeks later started Hospital Radio Bromsgrove. Week one, it was me, week two there were four of us, it snowballed and became a training ground for several local presenters who went on to become Wyvern (& beyond) presenters themselves. Nick Hull, Paul Masters, Jeff Roberts [deceased] along with myself and others that went in to Journalism & Sound Engineering all started out in the vestry of the hospital chapel, it was the only space they had for our studio.

With hospital radio well established I tried to get in to local radio but the choice was limited, BRMB or BBC Radio Birmingham. Very little opportunity to make it as a pro but one day, the IBA (sadly now OFCOM) announced Hereford & Worcester was to get its own commercial station. Maybe there was a chance after all.

That chance came when Mike Henfield, the PC at Radio Wyvern reached out to the counties hospital radio organisers. I volunteered (well I was the boss!) for Bromsgrove and colleagues from Kidderminster, Worcester and Hereford amongst others all congregated at Barbourne Terrace and took home instructions to come back once the station had launched with a handful of anecdotes and hospital requests. Each week, one of us would co-present for half an hour or so on the Sunday Breakfast Show, covering off our requests and Bromsgrove was up first.
I rolled up, did my bit, went back to Hospital Radio. Came back a month/six weeks later, did another stint and so on until just before Christmas when I received a phone call. Mike Henfield wanted to know if I’d do a graveyard spot over Christmas, 6 – 8 pm and then close the station down (in those days there was no 24/7 just a 1khz tone from 8 pm until 6 the next day). Couldn’t say no really. I don’t really remember much about my first show other than it was 2 hours, I got to choose the music and I got paid.
Something must have gone well because by early new year I was offered the Sunday Breakfast Show as the original presenter was leaving and from there, well, the rest is history…

My first show was around 3 months after Wyvern started, covering 6 – 8 p.m. on Christmas Day. From there I moved to Sunday Breakfast and spent a large portion of my 10 years at the station covering Saturday evening 6 – 10 with “The Best of America” followed by Sunday Breakfast, 6 – 10 the next day. Some of the other regular stints included the Sports Show on Saturdays, usually through the summer months and quite a few late-night shows when the main presenters were away on vacation etc. I also used to act as the off-camera interviewer for the Jailbreak events working with a cameraman chasing and filming the Jailbreak Teams as they made their way back to Herefordshire with just a £1 in their pockets (and no mobile phones in those days).