Not every station had a QSL card but at Wyvern we were not going to miss ou. After all, it was real radio enthusiasts who drove the inception of the station. According to Wiki, A QSL card is a written confirmation of either a two-way radiocommunication between two amateur radio stations or a one-way reception of a signal from an AM radio, FM radio, television or shortwave broadcasting station. … while ‘QSL‘ (without a question mark) means “I confirm receipt of your transmission.”. I am sure there are not many of these still around- I have just found this in yet another treasure box in the loft and managed to add it in – nice obe Rob Yarnold !!! 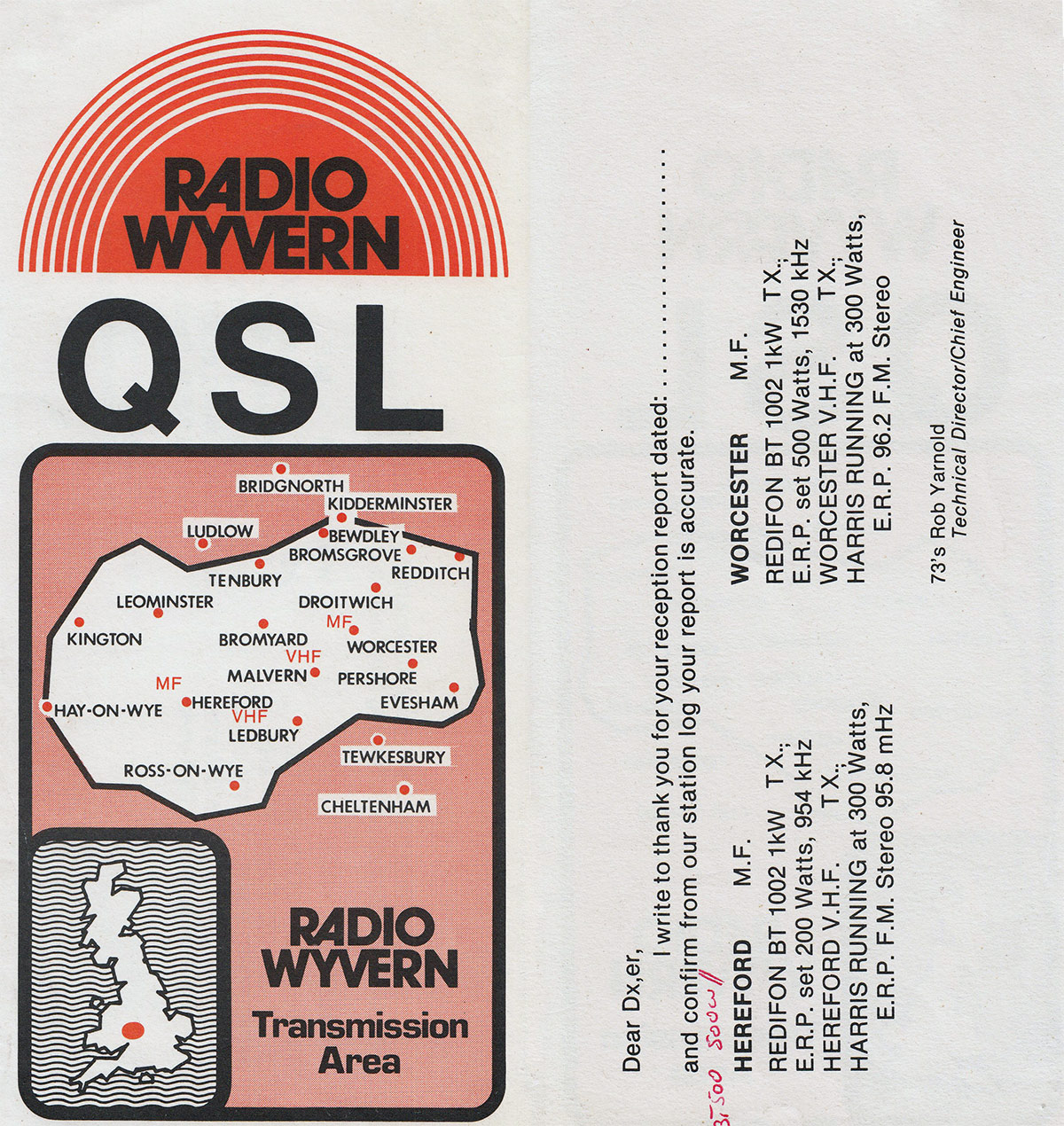 Both Sides of the only Radio Wyven QSL card we evr had made.