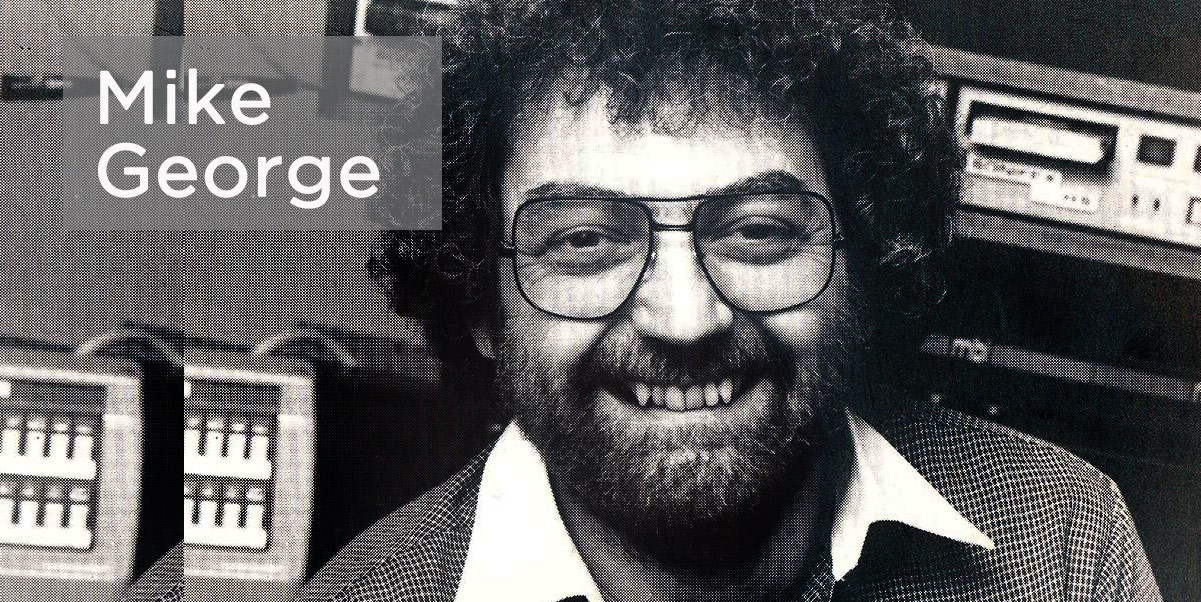 Mike Henfield called me at my home in Harrow to invite me up for an interview as they’d listened to my cassette and wanted to know more.

I’d previously done work at Radio Victory in Portsmouth hospital radio in Ealing and broadcast to a captive audience of 250 in a Royal Navy frigate HMS Eskimo….only at sea though, much more interesting things to do in harbour. My work at Radio Victory was 10pm ‘til 2am, they don’t put you on daytimes when you first start.

I turned up at the interview curly permed, leather-jacketed and nervous as hell because this would be a “proper “job if I got it .I was asked if I minded the interview being filmed for the documentary that ITV were making on the way a radio station got off the ground, I agreed and that was all I remember about the next hour but I got the job as Drivetime Presenter.

I moved to Worcester in the July and we started learning about the area, the people, the businesses and everything there was to know about what was required of us in this new station.I recall being driven around by Sam with Roy and Graham learning how to say Stretton Sugwas, The Homend and Leominster.I knew Herefordshire pretty well as my Mum and Dad were from Ross before moving to London during the war and I spent most of my school holidays with my grandparents.

Very exciting building up to October the Fourth, lots of studio time, airchecks and pre-launch programmes broadcast, bonding with the other presenters and meeting the “bosses”.Very impressed with Sir John and Lady Cotterell, first time I’d met a Baronet and Lady and they seemed, well, just like us.

Day 1 arrived and we all gathered into reception for the launch at, I believe,7am. My show started at 4 and there was a live link into the ATV news at 6.30pm.

During that first year I started doing talks to schools and clubs and organisations, appearances at fetes and galas and during my show I started a thing called Coffee and Tea with Mike G. I would go off in the morning to offices and businesses and have coffee with the boss who would come back to the studios and have tea at 4.30 with me and we’d learn about  their business.

It was great fun and just what I wanted but things weren’t going so well  behind the scenes as although we had reasonable listening figures, not enough money was coming in and too much was going out, meanwhile my then wife didn’t like it here and went back to London, leaving me with my children age 9 and 12 and although I tried to make it work and she moved back for a few weeks, it was over.

We all used to meet for lunch in the caff round the corner and it was there I first really got to know a beautiful lady whose picture I had seen on an office desk in Coffee and Tea we fell in love and she became my wife….and still is……..I’m pleased to say

In September as we approached the end of year one, Mike Henfield turned up at my house one Sunday morning and asked if I’d like to take over Breakfast and you don’t say no to that sort of offer.

It was around that time, I believe, we had a change of manager John Manley left and this eventually heralded the arrival of MR BILTON.

MR BILTON was a real hands on boss if you did something he considered he didn’t want on air he would tell you….while you were still on the air when the record played. Not something I ever agreed with. He once called me into the office, sat me down, and asked me not to mention my wife and children (between my new wife and me we had four, aged between 4 and 14, so a constant source of amusing anecdotes).He reckoned I shouldn’t use them so much as he said,”You’re a sex symbol Mike”. Oh, how we laughed at home that night.

Say what you like about MR BILTON he certainly saved the station.I recall us all brandishing swords for a publicity picture outside Barbourne Terrace dressed as pirates to repel boarders. He once asked me to do the sports show for nothing as he had no funds left that month.I refused but he was desperate and offered me 100 shares in the company, it turned out to be my best payment for a 4-hour show as a few years later when another company bought Wyvern out I sold them for £750.

Once my back went and I was in agony but the show must go on and at 5 am Lin and I staggered down to the studio for the show. I lay on the floor and Lin put the records on and operated the faders from 6 to 9 as if she’d done it all her life…..all I did was speak.

Another time, after the traffic news from the AA I closed their fader but left the line open as there was some gossip from Beacon that they wanted to tell me, unfortunately, I left my mike open so Herefordshire and Worcestershire got a one-sided conversation under the record that was playing on automatic ducking. I said things like really……never,,,, did he get into trouble….well who would have thought..etc. Lin was driving the children to school, turned the car around and headed to the Radio Station. Luckily I realised what was going on so on air I said”excuse me, do you mind, this is a private conversation” closed the mike and never did mention it again.

Finally, one morning we had an earth tremor while I was on air, it was around 7.45 and it was a noticeable tremor. My children were usually playing up, so I assumed many others were too. When the record finished I said on air “And if you don’t get ready for school I’ll do that again”

Things were picking up and the breakfast show was doing very well, one Jicrar I beat Terry Wogan on Radio Two with 30% and it was shortly after this that Red Dragon asked if I’d like to take over the Breakfast Show in Cardiff. I love it around here so I ummed and aahed until they said I’d get £6000 more a year than I was getting….I was gone. 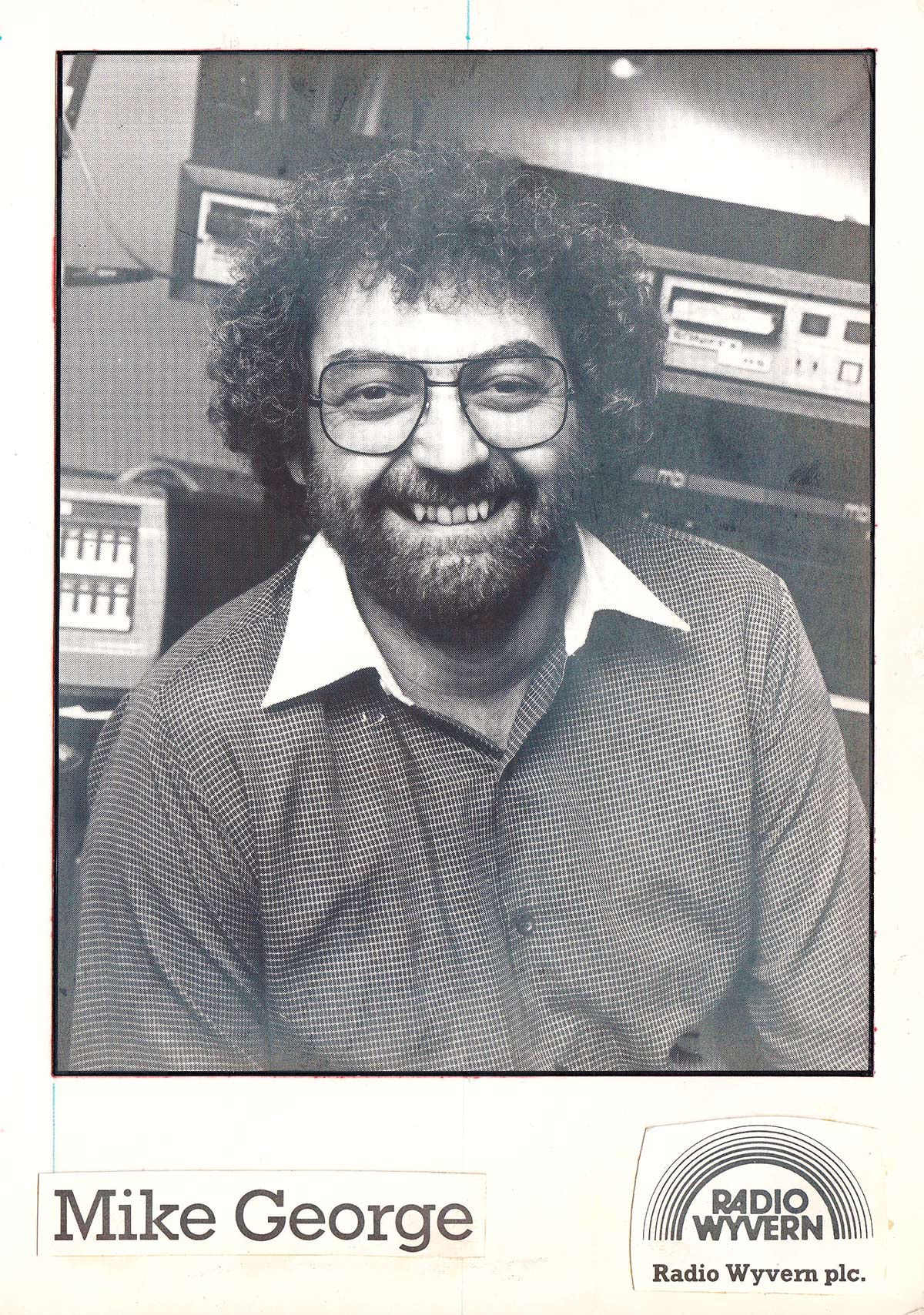 PS Steph has found the Swashbuckling Picture you refer to. 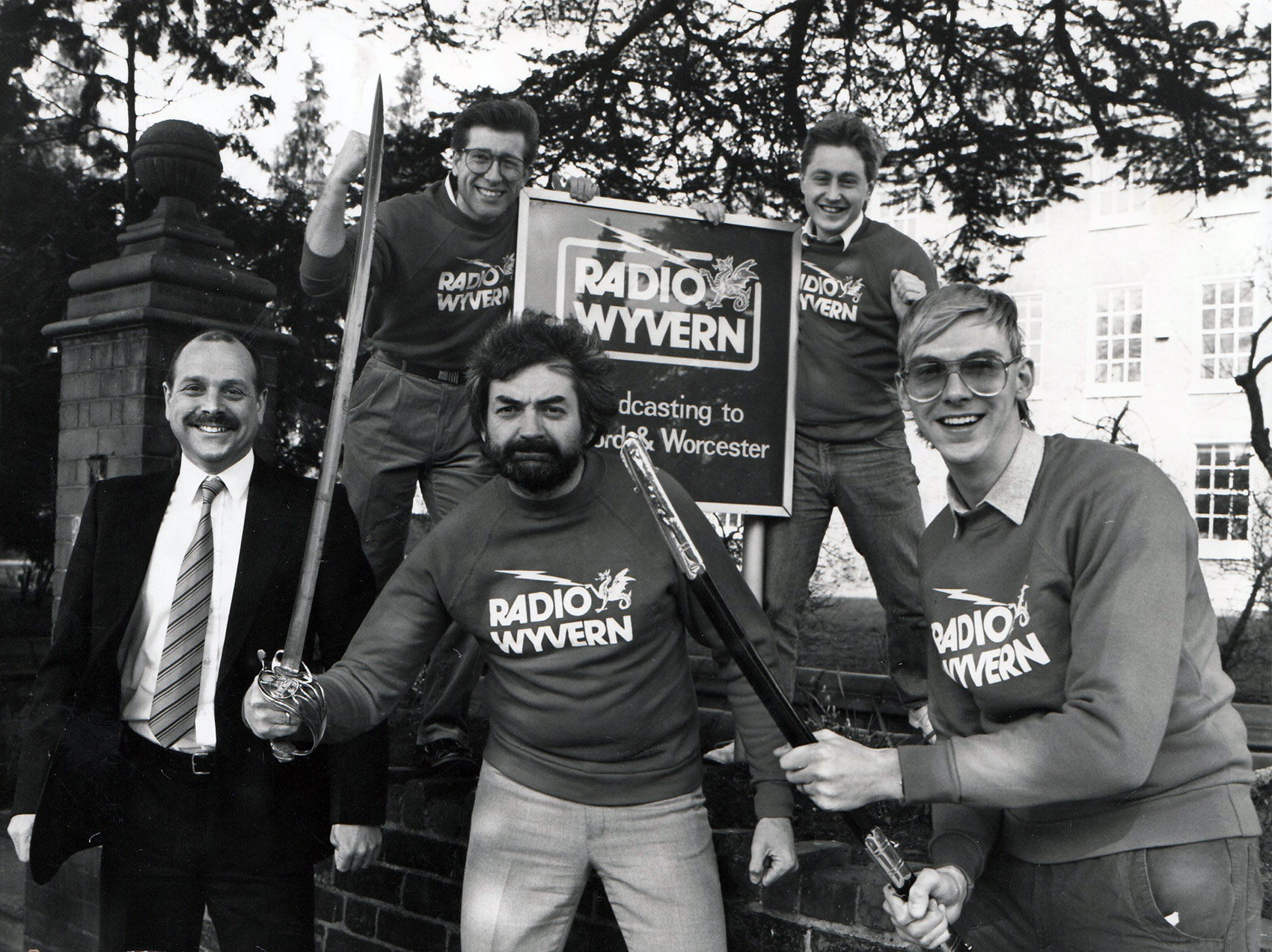