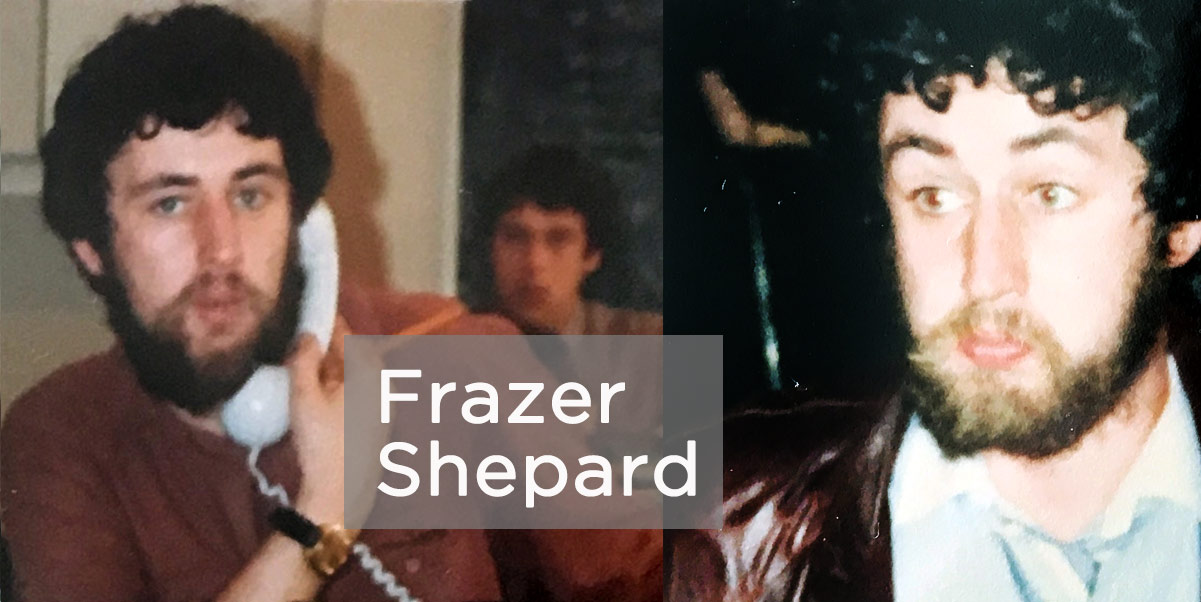 In 1982, I was a year out of university and it had dawned that my anticipated career as an international rock star was not going to happen any time soon. I had spent a few months as a cartoonist in an ad agency until they “let me go”, and was now dividing my time between signing on, and irritating my parents by hanging around the house.

I had decided to follow my father into journalism (or perhaps he had decided that, I forget…) and the advent of a new radio station on the doorstep offered an opportunity to do it. I applied for a trainee position and got it, no doubt helped by the fact that my Dad was then Head of News at the neighbouring station in Birmingham, BRMB.

Radio Wyvern was based in a Georgian townhouse: the newsroom had the air of a classroom with its high corniced ceilings and sash windows. Our teacher was Mr Holdsworth – strict but fair, as they say – who soon had us stockpiling reports for the station’s launch a couple of months way. It provided a chance to learn without causing immediate damage to the output, or landing anyone in jail.

And learn we did – I managed to bag a telephone interview with local celebrity Rick Mayall, who had just broken into TV on a show called “A Kick up the Eighties” as pseudo-investigative journalist Kevin Turvey from Redditch. The chat went well, and Rick adopted his Turvey voice to wish the new station and its listeners well. When I listened back to my prize, triumph gave way to horror as I found that only my voice had recorded, because the tape recorder was incorrectly switched. Kevin Turvey wasn’t there. It’s the same feeling as reaching into your pocket and finding your wallet isn’t there. Teacher wasn’t happy, and made me call Rick Mayall back and ask to do it again – which he did, bless ‘im.

Although the pioneering days of ILR were long over (this was a second wave of stations), we of Barbourne Terrace still felt like pioneers – we learned to splice tapes without severing major arteries, and to operate mixing desks that looked like the flight deck of Concorde; we learned to read the news and to compile reports – I even made the station’s first documentary (with a little help from my friends).

After 18 months, I left for a promotion at a station in Lancashire which had opened the day after Wyvern, and thereafter a stint at BBC Radio WM. It was then that I defected to Central Television, lured by a significant salary increase and a vague hope of being on the telly.

I still play the guitar and I’m still not a rock star – but a career in radio and TV has been a pretty good substitute. It couldn’t have had a happier and more professional start than those days in the Wyvern newsroom.