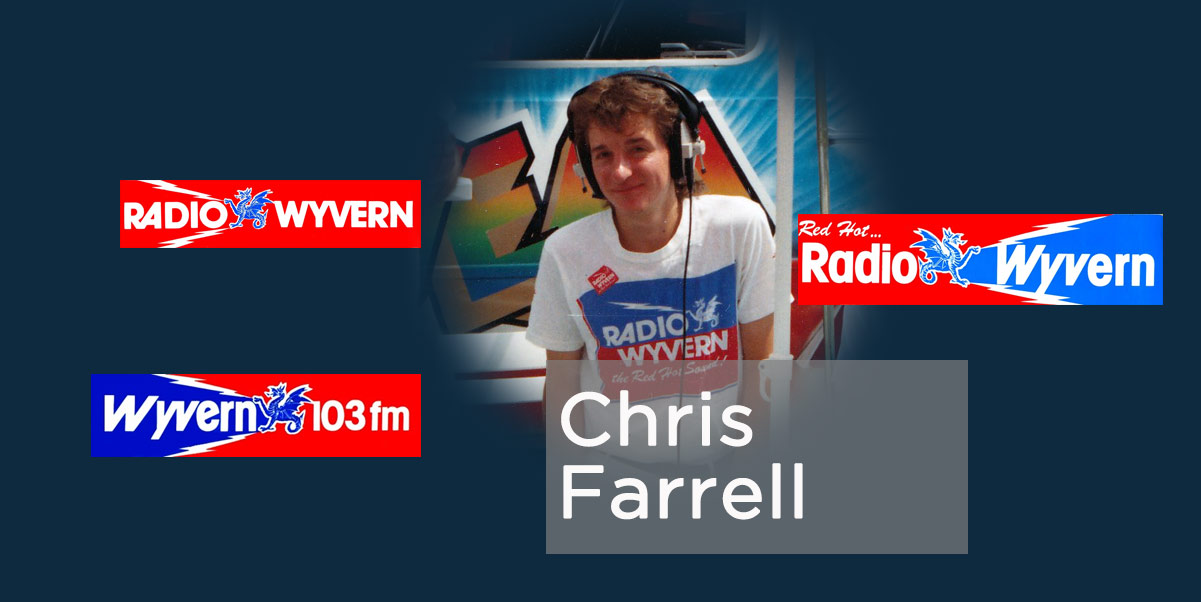 Where do I begin — I have so many great memories of the hallowed Wyvern Towers.

Everybody ‘looking busy’ when we saw the boss’s yellow Capri pull up outside. Creeping up ‘The Bilton’s staircase’ as opposed to the ‘staff’ staircase that we all were instructed to use.

Living on a diet of cheese rolls and Mars bars. However one of my clearest memories was the big Hereford United vs Manchester United Football game.

Due to the luck of the draw – Hereford were drawn at home against the great Red Devils. 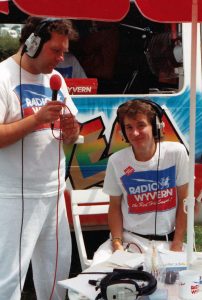 It was a cup game (knockout) – sellout crowd expected – and as far as Mr Bilton was concerned – the best bit of all – it was televised!

We all had roles and responsibilities.  Jason Harold had to write a song (!) – Sammy had to organize the recording of said song (I still remember it now ‘Up for the Cup, Up for the Cup)

My responsibility was to make sure the HUGGGGGEEEEEE Radio Wyvern sign – at Herefords Ground – was clean and seen as much as possible.

Arriving at 9am on match day with bucket and sponge – I cleaned the sign that had prime position behind one of the goals.

3pm the kick-off – tv cameras rolling – and the sign was seen in all its glory.  For at least 10 minutes.  Because after 10 minutes – a bunch of ball boys/assistants — all about my age — sat leaning on the sign.

And so – I had the delight of being ‘that guy’ – of having to ask a bunch of dudes if they could move somewhere else as they were ‘blocking our sign’.

At first, they informed me there were two hopes of this happening, Bob Hope and No Hope.  So, sensing Mr Biltons stare boring down at me from across the pitch — I did what any resourceful 17 year old would do.

I have them all my change – 10 pounds I seem to recall – plus I promised to introduce them to Jane – our hot PR girl that everyone had a crush on.

I didn’t intro them to Jane – but I did pay out of my own hard earned cash to keep that sign in prime position. 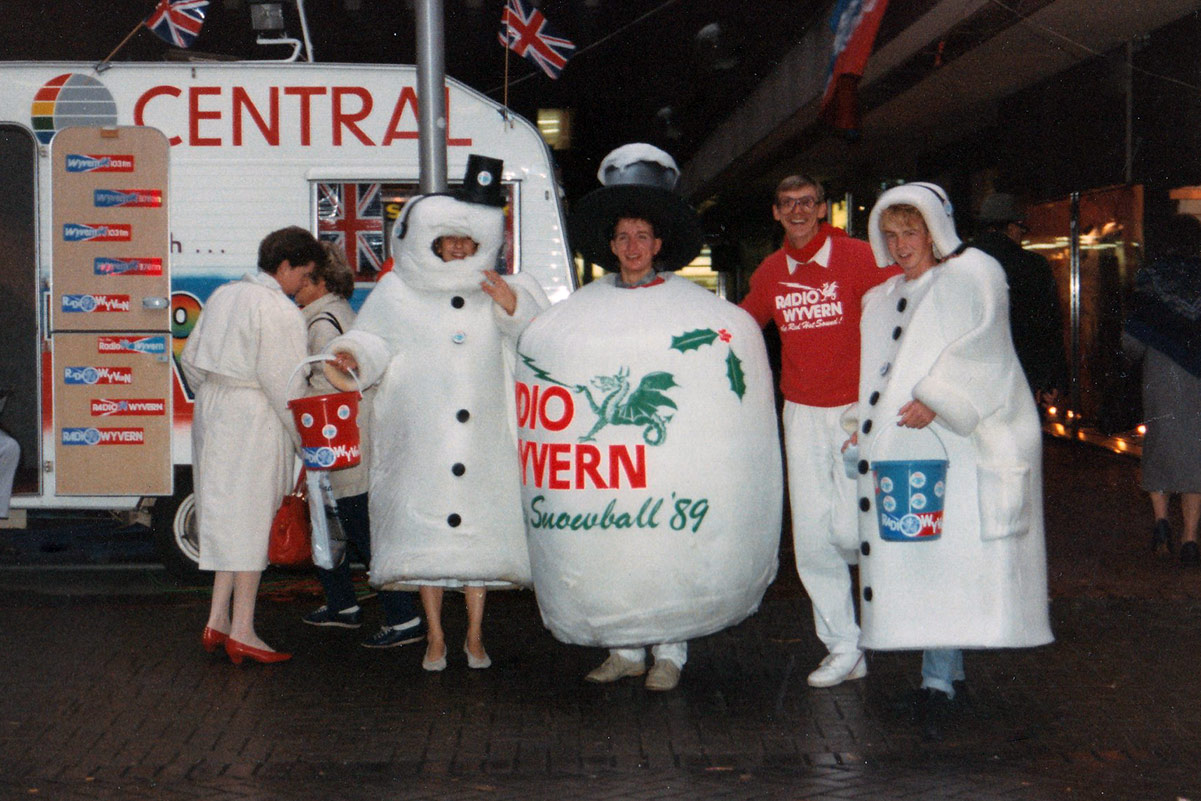