With Many Thanks to Muff Murfin who took the pictures on the day and who spent ages looking for them for this site.

From 6.30am on the 4th of October 1982 the Wyvern reception area which overlooked the main on-air studio began to fill with an expectant throng of staff, directors and VIPs from the area waiting for the 7am start to the station and the launch party to get underway – Here are a few of the pictures from that special morning.

A few bits of important extra info from Rob – The cake came about as John’s secretary was well into weird things, and told us of our Chinese birth animals. I was a rabbit and always called that by John, his birth year was a rat. So, the cake, inspired by his secretary, had a rabbit and rat thereon. Can’t remember her real name, as we called her “Botty Boyce”, her surname was definitely Boyce!! 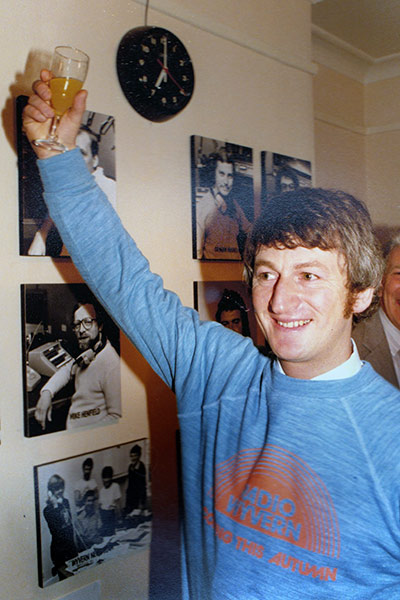 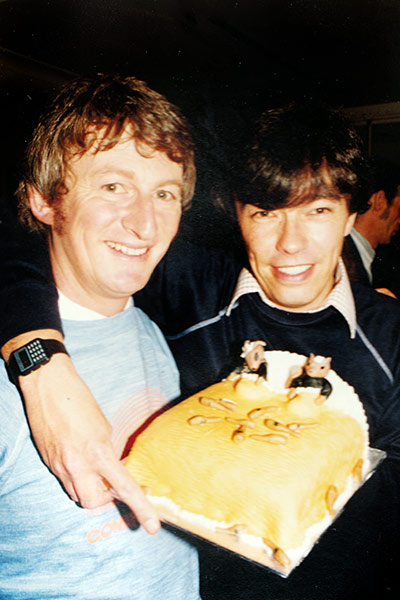 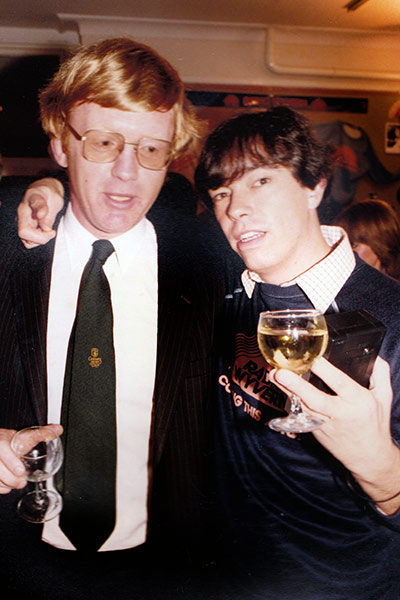 Mike Henfield Presents us with the launch cake, for Ratty and Rabbit! 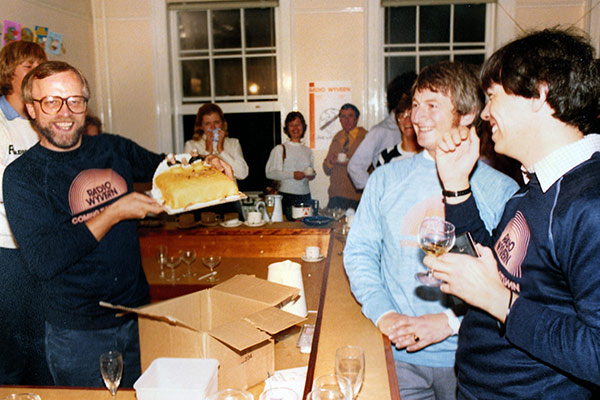 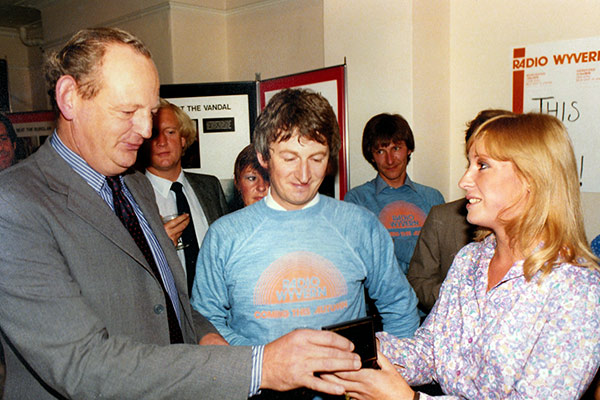 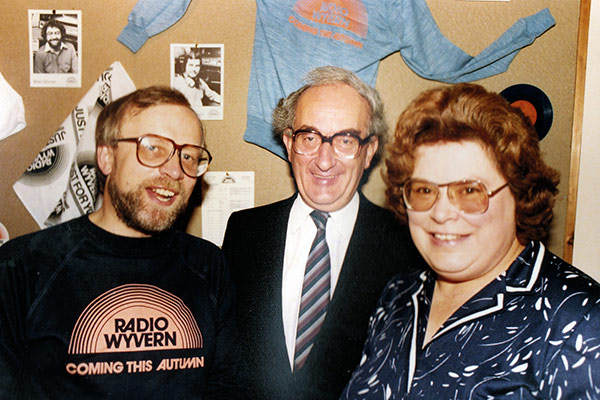 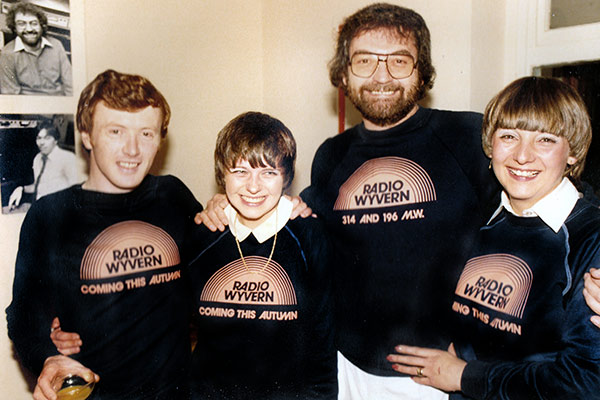 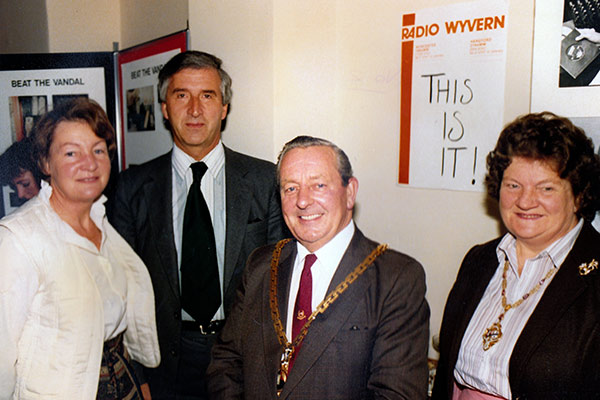 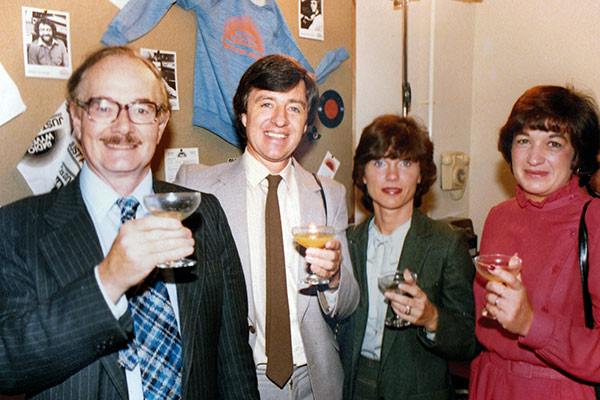 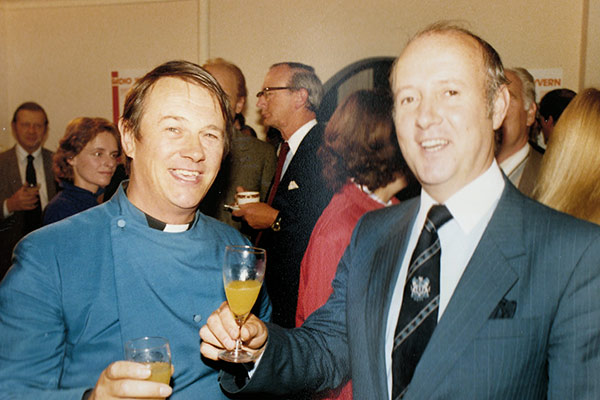 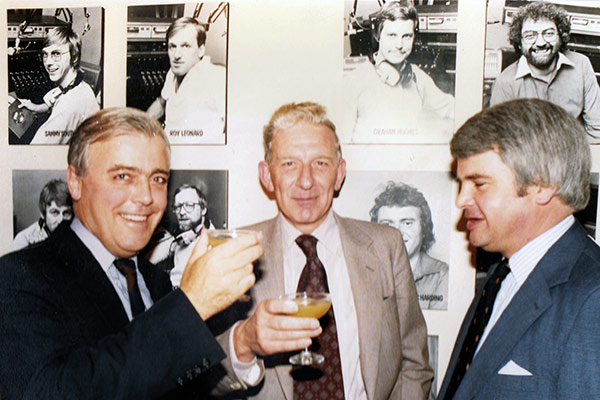 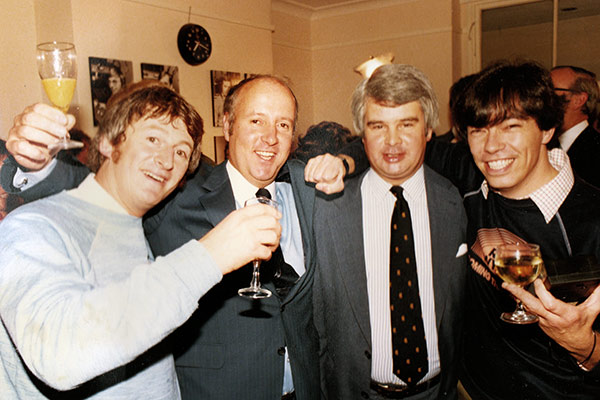 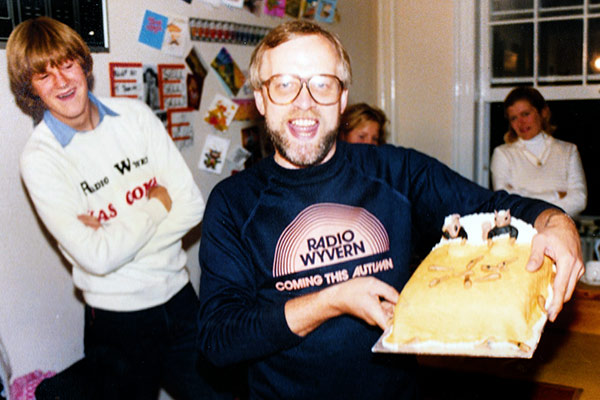